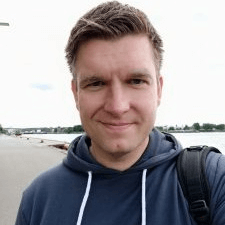 Solo ads can be an excellent method for building an email list quickly, but they can also turn out to be a huge gamble if you don’t know what you’re doing.

As with all forms of marketing, there’re risks involved and not all solo ads are of the same quality.

In this article I will give you everything that you need to know about solo ads before you invest any of your hard-earned money into them.

What Exactly Are Solo Ads?

Solo ads are a form of email advertising in which one marketer (the solo ad seller) promotes another marketer’s product or service to their own mailing list.

These email advertisements are primarily used for list building.

How Do Solo Ads Work? What Does The Process Look Like?

You pay an email list owner to send out an email (solo ad) to their subscribers promoting your opt-in or squeeze page.

The people on the seller’s list will open the email, some of them will click the link and land on your landing page.

You’ll pay for exactly these clicks (aka “CPC - cost per click”).

And that’s how you can build your email list very fast.

How Much Are Solo Ads? What Do They Cost?

This is where it gets interesting.

You pay the list owner (solo ad seller) per click that you’re getting to your landing page.

Prices vary quite a bit, depending on factors like:

Generally speaking, on the very low end you can expect to pay around $0.40 per click from a lower quality solo ad, and pay up to $1.00 per click for premium quality, tier-one or US only clicks from an engaged email list.

The vast majority - by far - of all offered solo ads are within the bizopp, cryptopp, and MMO niche. (business opportunity, crypto opportunity, and make money online)

Other niches for which you’ll find solo ad traffic are:

If you’re operating within any of these markets, you might consider using solo ads to build your (email) lists and ultimately generate revenue from them.

If you take nothing else from this article about solo ads but this, it was worth your time - primise!

The biggest problem with solo ads are that there are a lot of shady solo ad sellers.

Some are real scammers.

Here’s an example: Many solo ad sellers are just re-sellers. Some of them bought a course on “how to become a solo ad seller” or “how to make money from selling solo ads” but they have no real idea where the traffic is coming from.

So instead of selling you the promised email advertising to their list, their clicks come from an unknown source (often called a “whole saler” by them), and the clicks are often funnel clicks or mixed clicks, instead of pure email traffic.

Here’s what that means:

Funnel clicks are generated by people being lead through a funnel… For example, a simple opt-in funnel.

After the opt-in, instead of leading people to a thank-you page or an (affiliate) offer, these people see 1-4 buttons. Behind each button is the rotator link of the solo ad seller.

You squeeze page URL will be placed in this rotator.

So after a person opted-in to the seller’s (or whole saler’s) list, he or she is presented with 4 buttons. The person clicks one or two of these buttons, and the person gets forwarded to your (and other solo ad buyer’s) squeeze pages.

Can you “see” this process and why it’s so bad?

No matter how great converting your squeeze page ‘normally’ is, when a person sees your squeeze page after they already opted-in (several times) on similar pages, the likelyhood that they’ll opt-in - although they’re now on your great opt-in page - is really low now.

These clicks are called funnel clicks.

If these funnel clicks are mixed in with real, pure, dedicated email traffic (that we originally wanted to paid for), it’s called mixed traffic or mixed funnel clicks.

It’s up to you to decide if you (still) want to buy from that person, but you’re aware now that you probably aren’t getting “pure email traffic” from dedicated email ads/drops.

I’ll give you a few, important questions to ask a solo ad seller before buying below…

How To Avoid The Bad Sellers

The easiest way to avoid bad solo ad sellers is to be smart and careful about choosing one in the first place.

If the seller has less than 100 reviews, I’d consider him/her too new to do business with. (I made that mistake before.)

Ask the seller the following questions before placing an order:

These are a few good starting points.

Also, if the buyer can not tell you where the clicks really come from: Avoid.

He/she simply bought a product on “how to make money selling solo ads/traffic” and that’s it.

The traffic quality will not be good, so again: Avoid these kinds of situations.

How To Avoid Getting Scammed With Solo Ads

Always keep in mind that the seller is in the business of selling (and delivering) clicks, while you are ultimately interested in engaged subscribers and making (affiliate) sales.

These are two completely different goals!

Also, keep in mind that if the seller was able to make substantially higher earnings per click (EPC) than what he’s getting from the buyer, he or she would very likely NOT be in the business of selling clicks to you.

Next: The best list you can ever build is a list of buyers. Often, sellers advertise their solo ads as “buyers list included”. However, you have no way to confirm that statement, so I suggest you completely ignore it.

Again: If the seller had a highly responsive list full of buyers and therefore the chance to earn significantly higher EPCs, they’d likely do so.

All this leads me to…

Have The Right Expectations When Buying Solo Ads

If you’re still reading, and if you’re still interested in buying solo ads, you likely have much more realistic expectations by now.

Solo ads can be a great, fast, and simple way to build your email list.

However, you can’t expect to make your investment back right away. You’ll need to (split-) test your opt-in page, your emails, and your offers.

Solo ads are simply ONE way to get (targeted) traffic to your squeeze page, especially if you’re operating withing the bizopp/MMO niche.

As you’ve seen, there are many questionable players in this mostly unregulated market.

It’s up to you to filter out the potentially dangerous sellers and find good, reliable people while not expecting to be profitable from the get-go.

Are Solo Ads Worth Your Time?

That’s a tough question. It really depends on what you’re trying to achieve.

If you want to test a few, different opt-in pages, and an offer or two, while you have no other way of driving traffic to your page… Then solo ads might be your best option!

However, if you already have a successful YouTube channel within your niche, or you’re operating a growing niche website or blog, you might want to focus on that.

Especially in the long-term it’s worth it to build a reliable, consistent, relatively passive source of targeted traffic, in my opinion.

And if you’ve tried to run paid ads on Facebook or Google, but you ran into compliance issues, then solo ads might be just right for you.

In the end, it really depends on if you want to give this a serious try, or not.

If you read this complete article about solo ads, you’ll have a solid understanding of them and you’ll know exactly how to avoid the pitfalls and scams.

You’ll NOT be someone who can be tricked and scammed easily.

Instead, you’re now able to make an informed decision if and how you want to give solo ads a try - or not.

I hope you got something (new) out of this article! :)